The greatest golf courses occupy great pieces of land with natural forms providing opportunities for visually stimulating and challenging golf holes. At Billingham Golf Club, these forms create the opportunity to venture up and over slopes with fairways bordered by a diverse mix of trees, while water comes into play sparingly and enhances the challenge of just a few holes.

While the club was founded in 1967, the golf course – overseen by designer Frank Pennink – officially opened for play in 1969. Today, many will be surprised to learn it is little more than 50 years old given the maturity of the trees and the strategic roles they play. Many more will be surprised by the pictures in the clubhouse showing the distinct lack of trees here in the first 20 years of the course’s existence. While trees form the primary defence, bunkering here is penal and positioned to provide challenges for better players and obvious routes around for the higher handicapper. The green complexes have a modern feel, using mounding and slopes to support the challenge presented by the bunkering.

While you may expect to be overshadowed by industry here, little is evident following the tee shot at the opening hole. A short par four of just 306 yards from the back tee, the fairway rises gently between avenues of trees before being pinched at 250 yards by two bunkers on the right and the out of bounds fence on the left. The raised green is guarded by two front bunkers.

After crossing Sandy Lane for the first time, the par five second plays uphill to a generous fairway – again flanked by trees. Two fairway bunkers guard the left side, while a narrow stretch of water guards the approach to the green some 50 yards short of the putting surface. Lay well back to leave a flat lie for your approach shot to a green cut into a hill with a steep slope to the front and right sides, and a single bunker guarding the left side. The green features two distinct portions and is highest on the left side.

The short par four third hole plays uphill and a cautious shot from the tee reduces the risk of finding the trees and the single fairway bunker some 70 yards short of the green on the right. The entrance to the green is narrow between two front bunkers, while mounding and a slope off the back will punish those who fail to find the green with a wedge shot.

At 426 yards, the sweeping par four fourth hole is the first big test. The fairway is generous with a single bunker on the left side, while a large green invites a long iron approach – beware the crescent-shaped bunker on the right side.

The downhill par three fifth hole plays shorter than its 200 yards. A single bunker, hidden from the tee, guards the left side. A difficult tee shot follows at the short par four sixth, which is played over a hill to a very generous fairway before sweeping downhill to a wide green.

A right to left shape is required from the tee at the par four seventh as the fairway turns left and slopes from right to left. Out of bounds lurks on the left along with a pond. Those who find the fairway are left with a simple approach to a small, long green protected by a large, deep bunker wrapping around the left side and another smaller, though equally deep, bunker to the right.

The tee affords a great view of the green at the short par three eighth hole, where the front bunker protects the line to pins cut on the right side.

The 531-yard par five ninth hole returns to the clubhouse with a blind tee shot played uphill before you must lay up to leave a short third shot to a well protected and elevated green featuring three bunkers – one at the front right which guards against any approaches running up to the putting surface and two more on the left.

Long hitters can shorten the par five 10th by catching the downslope to leave a chance to reach the wide green in two – though beware the stream which crosses the fairway some 70 yards short.

The par four 11th is the the stuff of nightmares for players who shape the ball left to right. The narrow fairway at this 400-yard hole is flanked by tall trees and features water running up its left side. The hole then turns to the left, crossing the water and a large pond before rising to the green, which is guarded by a bunker on the right side. Driver is required to shorten the second shot and give a good view of the green – miss the fairway and big numbers are very much in play here.

The equally demanding 12th – played as a 440-yard par four from the whites and a 465-yard par five from the yellows – follows. Tee shots with driver must be shaped left to right to find the fairway with out of bounds bordering the left side. From here, a long second shot must avoid two fairway bunkers and another trap to the right of the putting surface.

Turning the opposite direction to the 12th, the 409-yard par four 13th wraps around more trees and out of bounds with a bunker guarding the inside corner of the dogleg left. A generous fairway continues to turn and heads uphill to a green cut into the hill, which is well protected on its right side with runoffs and a deep bunker. A second bunker is cut above the green on the left.

Having survived Billa’s Wrath, the short par three 14th offers a little respite with a short shot played uphill to a green sloping back to front.

Another long par four from the white tees – and par five from the yellows – follows at 15. Long hitters must steer clear of a narrow stream crossing the fairway 150 yards from the green. A semi-blind approach must avoid two approach bunkers and two more greenside bunkers cut halfway up the putting surface which make middle and back pins far more challenging.

The uphill par three 16th plays longer than its yardage and requires a solid shot to make it up the hill and avoid two front bunkers cut well below the green. The mounding around these bunkers is steep while the green slopes subtly from back to front.

Two short par fours lead back to the clubhouse. At 17, a long iron or fairway wood will find the downslope and run down to the bottom of the hill to leave a short pitch to a long, raised green featuring two deep bunkers.

At 18, a confident drive over the marker post will again leave a short approach as the hole turns gently to the right to a wide green overlooked by the clubhouse with two front bunkers narrowing its entrance.

Green fees
From £20 – see www.billinghamgolfclub.com for the full range of options, and contact the secretary for group bookings

Our verdict
A fine example of English parkland golf laid out on a fantastic piece of land, Billingham is tremendous fun to play, and is home to first-class facilities

Kings of the castle 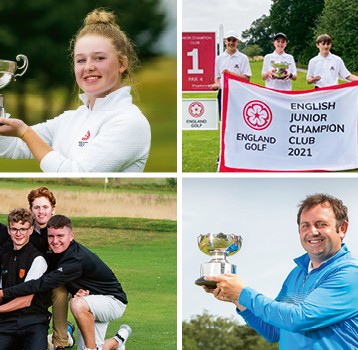 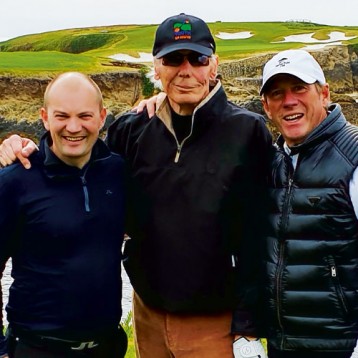 A round with… John Glendinning 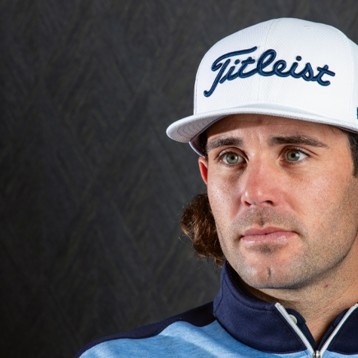