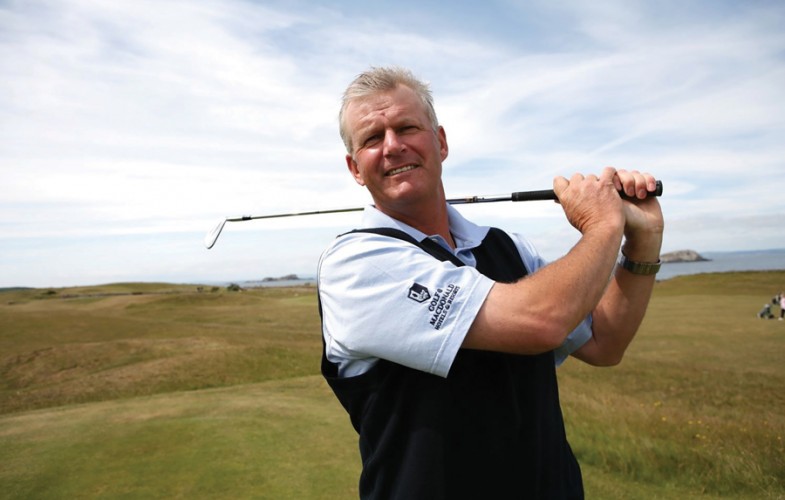 Making a name for themselves

The 43rd North of England Open Amateur Youth Championship will be held at Middlesbrough’s Brass Castle in August in association with Northern Golfer. Alan Hedley looks at the tournament’s history

The North of England Open Amateur Youth Championship has long been recognised as an important event in the amateur golfing calendar and was given official weight in 2008 by the R&A and now counts toward the World Amateur Golf Rankings.

Some of the biggest names in world golf have played in the event including three Masters champions in Sandy Lyle, Ian Woosnam and Danny Willett.

Lyle was, in fact, the third winner of the tournament while Woosnam and Willett went home empty handed as did Ryder Cup legend Colin Montgomerie.

The event began in 1975 out of a suggestion by the 1967 Middlesbrough Golf Club champion John MacGill and the trophy consequently bears his name. The R&A and the English Golf Union (now England Golf) gave their blessing to the event and in August 1975 the first drive of the very first championship was struck by Teesside’s Jeff Knaggs in a field of 119 competitors.

The entrance fee that year was £3 and the field was limited to 150 golfers with a handicap five or better. The field was cut to 50 after two rounds, with a 36-hole final day.

In 2008 the handicap limit was reduced to four, the field cut to 132, and the cut mark to 40 players. It is now a much tighter tournament in all respects. In 1977 Claude Fairweather presented The Fairweather Salver for competitors under the age of 18 and in 1994, Frank and Sheila Bates presented a salver to be won by the best home player.

In 1976, David Marquis organised radio transmission of scores for a full hole-by-hole scoreboard – which he designed. The scoreboard was produced by Dents Automotive Repairs of Middlesbrough and financed by Neashams Motors, and is still used today with the only modification being the use of computer-generated name cards rather than chalk ones.

At the first championship, members responded enthusiastically by providing free accommodation for 70 of the 119 contestants. Most provided bed and breakfast, but some even supplied evening meals and many long-term friendships were forged. The accommodation scene changed somewhat through the 1990s and few competitors now look for accommodation from members.

David Hunter has meticulously recorded the stories of the championship over the years and much of what is being read here is from David’s files and the comprehensive programme he produces every year for the tournament.

Ryder Cup legend Colin Montgomerie never won the Middlesbrough title, but he did win the European Tour Order of Merit eight times. Meanwhile Ian Woosnam became world number one, was a Masters champion and a Ryder Cup Captain, while Sandy Lyle won The Open and the Masters. Montgomerie also went on to win on the US Champions Tour while Roger Chapman, who won at Brass Castle in 1979, completed a major double by winning the US Senior Open and Senior PGA Championships in 2012.

Other North of England Youth Open winners include Sky Sports’ Richard Boxall, Michael King, David Horsey and Richard Finch. All became winners on the European Tour, as did the likes of North East players Graeme Storm and Kenneth Ferrie, Jonathan Lomas, Andrew Oldcorn and Simon Dyson – although none of them claimed the North of England title.

Walker Cup player Jonathan Lupton became the first Middlesbrough player to win of the title in 2000 – a popular triumph – while Richard Walker, from Brancepeth and Wearside, was a winner in 1990 and 1992. The first North East winner, Newcastle-born Craig Cassells, spent most of his amateur career in Scotland and was another Walker Cup player.

More recently, Darlington’s Andrew Wilson, an England international and Northumbria University student, won the title in 2013, and with the tournament backed by England Golf and counting in the World Amateur Golf Rankings as well as the England Under 18 Order of Merit, it continues to attract the best amateur golfers from around Europe.

Sandy Lyle’s first appearance in the tournament in 1976 saw him finish fourth and he returned the following year to win the event with two opening rounds of 66 followed by 72 70 for a 72-hole record score which stood until 1996.

In 1979, the championship rolled over to the Saturday for the first time because rain washed out Friday. To amuse the contestants the club took the players to Billingham Forum to play five-a-side football.

Roger Chapman was leading at the time and the other contestants playfully tried to “kick Roger off the park”, but he emerged unscathed going on to win the following day.

Richard Boxall’s 1982 win also stands out. Boxall had scores of 65, 63, and 61 and he wore an all-red outfit which saw him labelled the Red Baron by the press.

He needed another 65 to break the world 72-hole record of 252 then held by Peter Tupling, but fog prevented him by curtailing the fourth round to nine holes and Boxall shot 34 to win by 17 shots.

Jonathan Lupton is the only Middlesbrough player to win the championship so far.

His victory in 2000 saw him come from behind to win. He opened with 67 but a second round 74 was a disappointment. He would take 10 shots off that in the third round and set a new course record of 64 at the time before closing with a 67 for victory.

The 2005 championship came to a thrilling climax with Steve Uzzell winning with a magnificent 17 under-par 263 – the lowest ever recorded total. He was chased all the way by Matthew Mills, whose 267 would probably have won it many other years.

David Horsey was a runaway winner in 2006 with 267 – the second best finish in the event’s history.

England cap Horsey’s third round 64 set him up for the title but he was pushed all the way by his England teammate Danny Willett.

Jamie Bower served notice of a winning talent when he won the title two years running.

It would have been a hat-trick had he not lost the 2010 championship to Ian Winstanley in a playoff.

Meanwhile, Andrew Wilson’s 2013 victory came 13 years after his coach Jonathan Lupton won the event. It was a memorable year for the Darlington and Northumbria University player. He topped the Durham County Order of Merit, won the British Universities title and established himself in the England squad.

A blistering course record of 62 in the final round saw Yorkshire’s Will Whiteoak come from three back to win the 2014 title.

A golf course fit for a prince